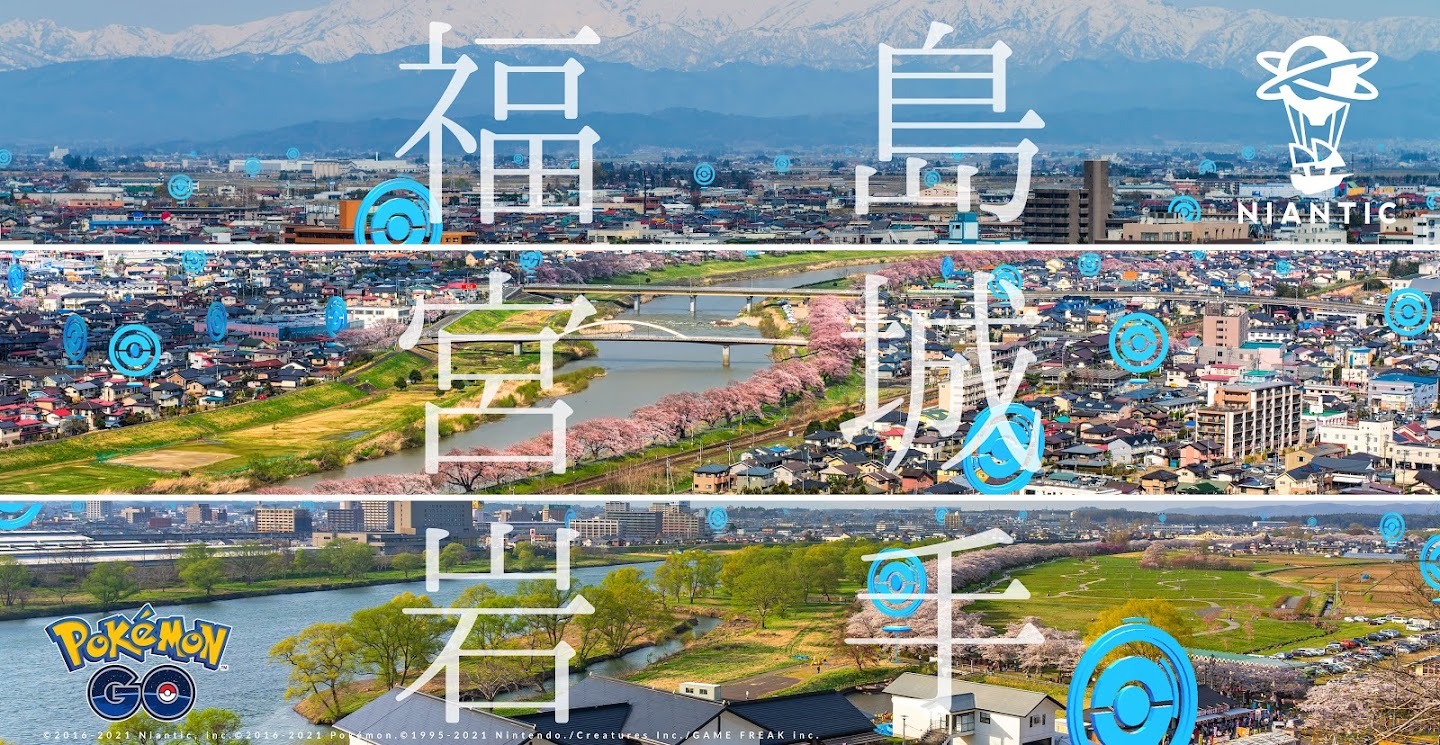 Niantic’s mission is to inspire people to explore the world together. Over the past few years, we have provided opportunities for people to visit the Tohoku region through Ingress and Pokémon GO. Now, in remembrance of the Great East Japan Earthquake ten years ago, we are creating the Rediscovering Memories and Local Business in Tohoku program. With help from the local governments and institutes of Iwate, Miyagi, and Fukushima prefectures, this program will benefit one hundred store owners in each prefecture for six months at no charge, and encourage the local communities to explore their hometowns and support the businesses there.

Rediscovering Memories and Local Business in Tohoku is part of our efforts to support the revitalization of local economies, similar to our Local Business Recovery Initiative. Stores will be given the opportunity to appear as PokéStops or Gyms in Pokémon GO. We hope this program will encourage people to support and learn more about their local businesses.

In parts of Iwate (Rikuzentakata City), Miyagi (Ishinomaki City), and Fukushima (Minamisoma City) that were damaged by the earthquake and tsunami, there are many existing PokéStops and Gyms. Below are just a few of the PokéStops and Gyms that have been recommended by local players in each region. If you’re in the area, or even if you’re living far away, these are worth checking out once it’s safe to do so.

Located atop three Hakoneyama facilities—Hakoneyama Terrace, Cedar House, and Kesen Carpenter Plasterers Museum—the observatory deck offers a panoramic view of Hirota Bay, as well as the neighboring cities of Ofunato in Iwate and Kesennuma in Miyagi. On a clear day, you can even see Mount Kinkazan in Ishinomaki city, Miyagi. If you’re ever in Rikuzentakata, this destination is a must-visit.

This park is where Niantic hosted its first Ishinomaki-based Ingress Anomaly in 2014. The surrounding scenery has changed a lot since then, so why not pay the park a visit and explore the Ishinomaki of today?

After its unveiling on March 11, 2021, Ishinomaki Memorial Park will open on March 28 as a symbol of reconstruction. Inside the park, there is an exhibition facility depicting the history of the Great East Japan Earthquake, where you can see various scenes from Ishinomaki. This standing symbol of the past and the future is a must-see.

Mano Elementary School, located a short distance from the ocean, was hit by the Tsunami in the Great East Japan Earthquake after all the children, teachers, and parents in attendance were safely evacuated. Sometime later, the school’s students resumed classes at Kashima Elementary School in a neighboring district, until the school was eventually closed in 2014. While Mano Elementary School has since been dismantled, the gymnasium has been reconstructed and turned into the Mano Exchange Center, featuring multipurpose rooms, a gymnasium, and space available for use by the community.

In 2014, Niantic held an Ingress meetup in Ishinomaki city. Then, in 2015, we held Anomaly: Persepolis in Sendai and saw thousands of Ingress Agents visit the city. In addition to these official large-scale events, Ingress has also seen events organized by its very own Agents.

In 2016, we partnered with prefectures affected by the Great East Japan Earthquake to help increase tourism in Iwate, Miyagi, and Fukushima prefectures. We worked with local governments and players to increase the number of Pokémon GO PokéStops and Gyms in Namie Town, and four villages and towns in Fukushima’s Hamadori region, and three cities and towns in Miyagi, after evacuation orders were lifted in 2016.

Pokémon GO events were held in three Tohoku prefectures, including Explore Miyagi in Miyagi. In Fukushima, the Fukushima DE Burari Sightseeing MAP was created using Pokémon GO to encourage walking in the area. In 2019, to help increase tourism in Tohoku, we also held an event in Sanriku to commemorate the opening of the Sanriku Railway Rias Line in Iwate. Niantic also collaborated in the form of the Fukushima & Chansey Peach Festival, featuring Chansey. And in Miyagi, we organized an event featuring Lapras as part of the Lapras + Miyagi Tour.

As part of our mission to leverage real-world AR technology for good, Niantic will continue supporting Tohoku and helping the communities there rebuild. We hope that we all can enjoy walking and adventuring together with everyone again soon.