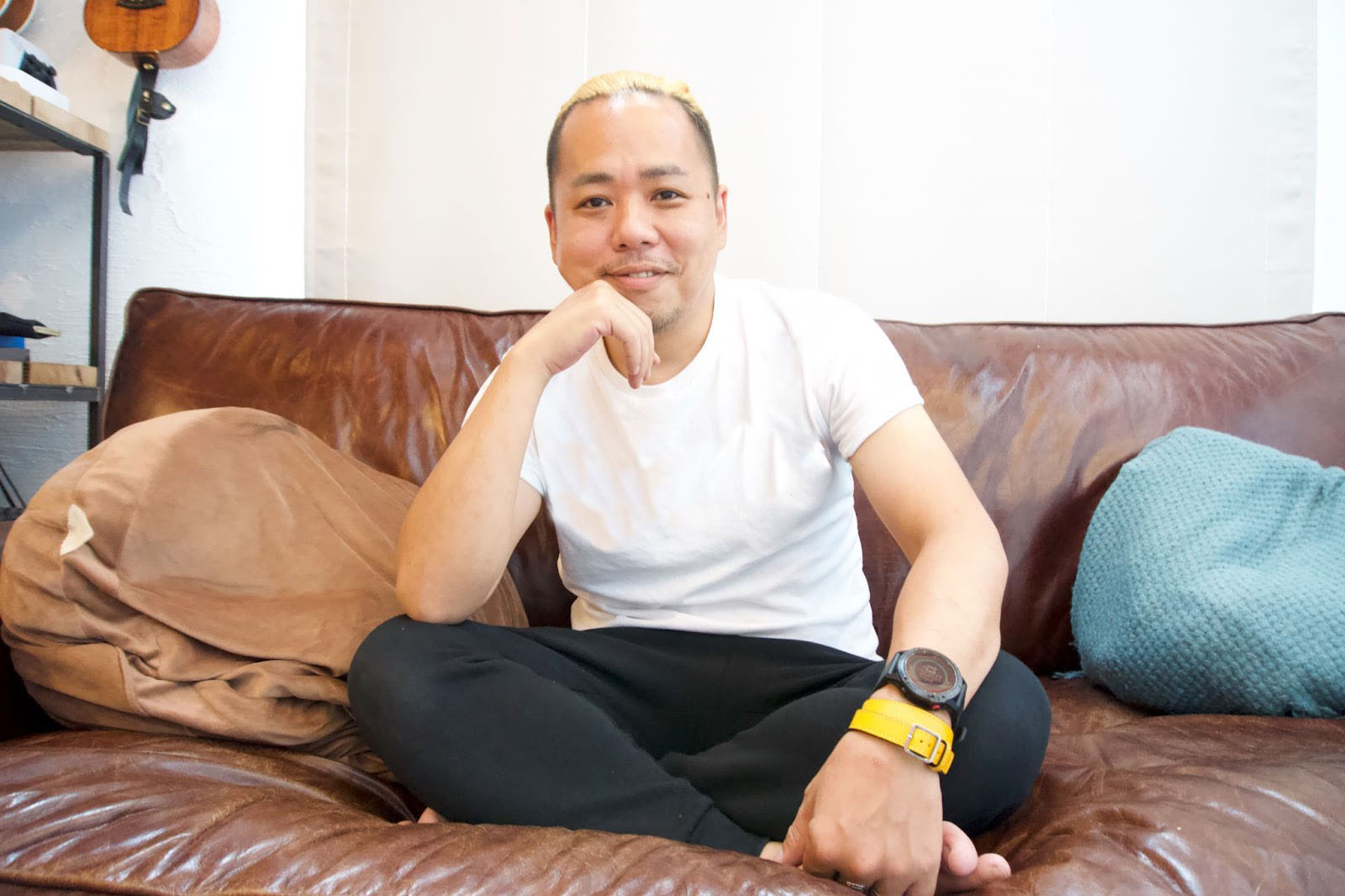 For this month's Dev Diaries, we are pleased to present an exclusive interview with illustrator Yusuke Kozaki, the character designer for Pokémon GO.

In July, we released an illustration drawn by Mr. Yusuke Kozaki for the celebration of Pokémon GO’s sixth anniversary! What inspired Mr. Kozaki, a Pokémon GO Trainer himself, to get involved in the game’s character design? What was the inspiration for his sixth-anniversary illustrations, and what’s important to him as a professional illustrator? Let’s find out in his interview!

Q: What made you decide to become a professional artist, and how did you become involved in Pokémon GO?

Even after becoming a professional illustrator, it was honestly a huge surprise for me that I would be involved in Pokémon GO. Since the first Pokémon Red/Green versions were released on the Game Boy when I was in high school, I had always just been another ordinary Pokémon player. When I first saw the first preview of Pokémon GO, which was in development at the time, I remember being really impressed and thought it would be a huge hit when it came out.

Then, by curious coincidence, I was contacted by someone who at the time was working on developing Pokémon GO, about a year before the beta release. I was asked if I would like to work with them as a character designer. Because I was already a big fan of the Pokémon world, I said, "Absolutely!!”

When Pokémon GO was officially released in 2016, the whole world seemed to be on a roll. I remember players around the world were particularly excited about Professor Willow's design, and I was really happy to hear them say that it was the coolest professor they had ever seen. I was so surprised that a game that my design was used in would become such a sensation. I couldn't believe what was happening right in front of my eyes.


Q: What was in your mind when designing the characters such as Professor Willow and the team leaders?

When drawing the characters, I was particularly conscious of designing them in a way that would bridge the gap between the distorted Pokémon-like world and the realistic world.

This is because Pokémon GO itself is a game characterized by a system that connects the real world and the video game. I was also conscious of designing the human characters that appeared in the game to feel somewhat like they were between the distorted and the realistic—right in the middle where the real and virtual worlds intersect.

“Maybe the characters really do exist." I wanted the designs to provoke this kind of feeling because I believed the concept went well with Pokémon GO, a game that uses AR technology to link reality and the world of Pokémon.

Generally, when I draw a character, I try to create something between realism and distortion, or something that doesn't feel like it borders on the real world like an actual country, region, or culture. So, I felt that the idea of the game experience that Pokémon GO is aiming for is strongly linked to the worldview that I am pursuing. 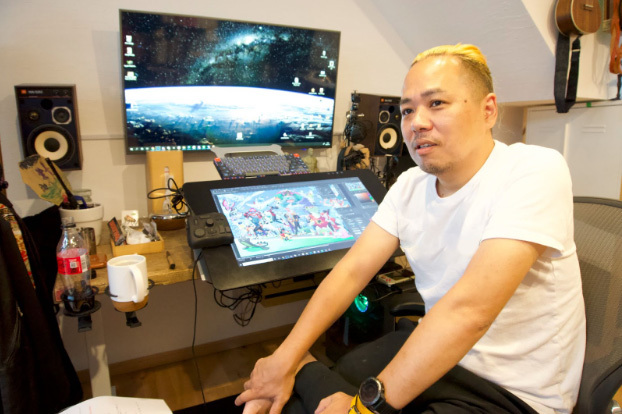 Q: Please tell us about the 6th-anniversary artwork for Pokémon GO. What did you focus on when you drew it?

I feel that I’ve also grown as a professional illustrator over the past six years. At the same time, my love for Pokémon and Pokémon GO has grown even deeper. When I drew the first-anniversary art, I was still not used to illustrating Pokémon, and something about it looked stiff. But when the sixth anniversary came around, I’d become much more comfortable with drawing Pokémon. I feel that I am now able to draw softly, while expressing its worldviews and memories of Pokémon, of which I have been a big fan for a long time.


Q: What are some of the most memorable experiences you have had while playing Pokémon GO?

My most memorable experience was getting to know Pokémon GO Trainers who I would normally have not had the chance to get to know.

One day, I got to know some of my older neighbors through Pokémon GO. We had a lot of fun talking about common topics while walking together to the Gyms and Raid Battles. At other times, I enjoyed playing the game with people younger than me who were in their 20s and 30s. We enjoyed cycling around the neighborhood park and had a great time together acting like we were still in elementary school.

I think being able to play the game together and make new friends with people you would never normally get to meet is truly the fun aspect of Pokémon GO. The opportunity to interact with people of all ages in the community is a unique experience that only Pokémon GO can offer. 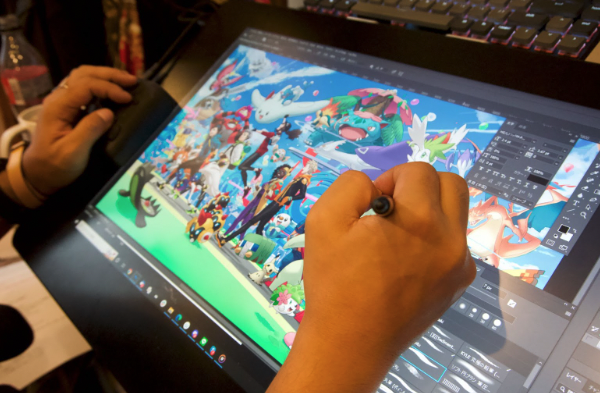 Q: Do you have any advice for those who are currently aspiring to become professional artists like you?

First of all, I think the most important things are to create many drawers of knowledge within yourself and to seek creations that will satisfy your audiences and clients.

As an artist, it is natural to have feelings like, "I want to draw the best picture I can," or "I want to draw something I’m satisfied with," or even, "I want to become better at drawing.” However, if you make this the main focus of your work, you may never be able to complete your drawing, or you may become afraid to draw because you are worried about its quality.

Because you yourself know best what your weakest points are, oftentimes you may tend to aim too high. However, that would just continuously leave you in anguish. Even if you are not satisfied with your work, the customers are often satisfied and happy with it. I think an important attitude to have as a professional is to have various people see your work, and by observing their feedback, think about what you can do to please them even more.


Thank you to Mr. Kozaki for answering these questions and we’re looking forward to seeing what he creates next in Pokémon GO!

Please be aware of your surroundings and follow guidelines from local health authorities when playing Pokémon GO. Upcoming events are subject to change. Be sure to follow us on social media, opt in to receiving push notifications, and subscribe to our emails to stay updated.